All this AMG talk has inspired us to take a closer look at the “Hammer”, thanks to 1000SEL.com….

When Mercedes-Benz replaced the W123 with the W124-model 200-300 series in 1984, the top model was the 3.0L straight-six powered Mercedes 300E. It wasn’t long before tuners picked up the W124 and started modifying it in every way possible. SGS made a 2-door convertible, Schulz Tuning stretched it to a six-door limo and AMG did….well what AMG could do best: upgrading the performance to a staggering levell and enhancing the looks of the car carfully to match the upgraded power.

AMG offered several different options for the W124, both cosmetics-wise and performance-wise. By far the most spectacular modification done by AMG performance-wise was transplanting the V8 powerplant from the W126-model S-class into the W124’s enginebay, replacing the 300E’s 3 litre straight-six engine. The engine initially used for the AMG Hammer was the 5.0L (or the bored 5.4L) V8 32-valve DOHC engine from the first generation W126 AMG’s. This modification was introduced in 1986 and from 1987 onward the 5.0L 1st Gen engine was replaced by a newer 5.6L engine from the 2nd generation W126 (engine used in both the 560SE/SEL and 560SEC). This engine could be left it’s original 5.6L displacement or bored to 6.0L. All V8 powered AMG W124s got the “Hammer” nickname, which does do the car justice. 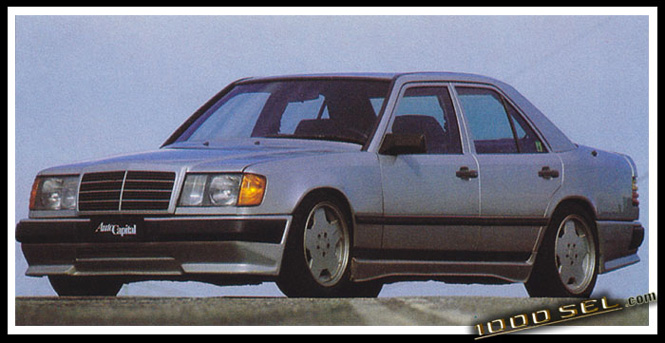 This AMG 300E 5.6 (560E) was probably one of the first ones made with the new 5.6L engine as introduced in 1987. Note that the MB-star has dissapeared from the hood (at least for the photo) since AMG wasn’t part of Mercedes-Benz back in 1987 and the new engine didn’t have full approval from the boys in Stuttgart. 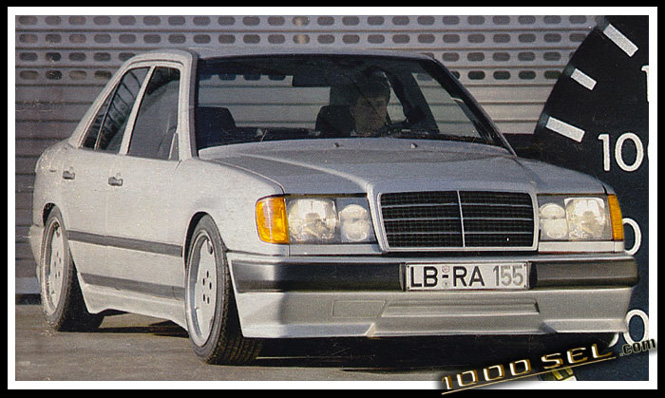 This is one of the AMG 300E Hammers that was built and sold by AMG of North America. It’s all-red livery (grill and other trimm included) sure makes it a looker. The W124 was one of the cars that was seen very frequently with the then new AMG Aero I wheels, on this car polished. Very US, very nice. Apart from the fact that this red AMG Mercedes 300E “Hammer” is a US-spec car, it’s also different from the above because it has the 6.0L engine. 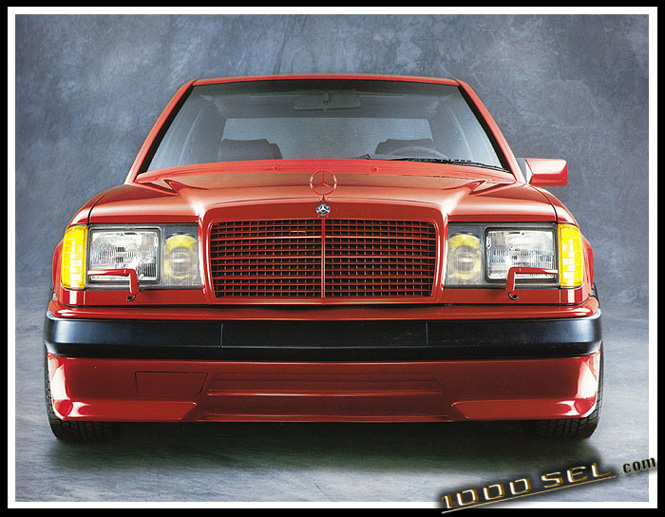 Isn’t it weird to see such an expensive car with only one wingmirror? Well, the Testarossa had it too so it was cool I guess. 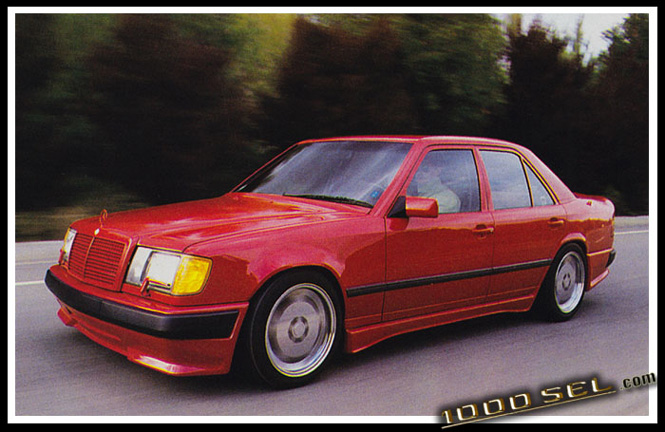 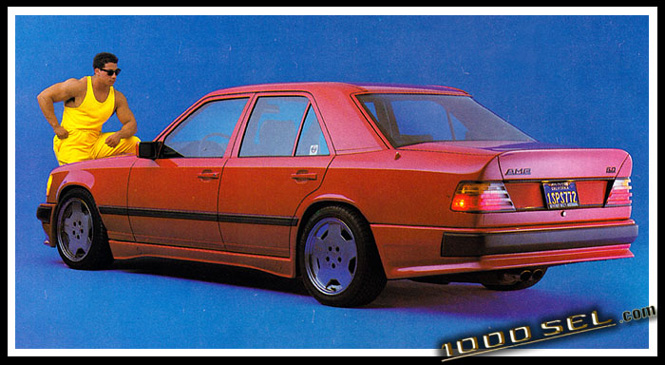 Compare the trunk spoiler with the Euro grey 560E AMG above. The red car has a trunk with the duckbill spoiler more or less melted with the trunk, where the grey car has it a visible part. This option was available only from AMG of North America and was carefully crafted in metal